What to visit on the Costa Blanca ?

Less than an hour from our office, you will reach ALICANTE, a nice city that benefits from one the of the nicest weather in the country (an average temperature all year long of 18°) which makes it a main touristic attraction in the area that keeps developing. Don’t miss « the Spanish plaza » « the postiguet beach » from which you will have a nice view to the « santa Barbara castle » and the modern marina full of restaurants, cafes and discos. Have a nice walk on the « San Juan » beach walk and « el campo beach ». End off the visit of Alicante with a few museums like the museum of the university, the archeological museum (which was awarded one of the best European museums in 2015). WE RECOMMEND: buy some saltings: mojama, hueva (made of dried tuna fish eggs) or for wine lovers, the soft wine of « fondillon ».

Pass by MURCIA, located +/- 40 minutes from Orihuela costa. The city center is very nice and you can have a walk in the « traperia » street where you will be able to visit the beautiful Casino and the « plateria » street; there are known to be typical of Murcia. Keep on walking through the « malecon » boulvard and follow the « segura river », it will take you to the cathedral, the murcian kitchen garden,… The churches and the convents like the « Santa Ana church », the « San Miguel church » or even the « nuestra senora de la Fuensanta » church are worth the visit because of the amazing views on the city. Don’t forget to visit the science museum, the art museum of Murcia and the archeological museum. Don’t miss the « Veronica » market: which offers local diversified products of the murcian kitchen garden.

Then meet you in CARTAGENA, located a half hour far from the Orihuela Costa road. This city is known for its numerous roman remains like its amphitheater, its theater, its colonnades and its castles like the « castillo de Galeras, Atalaya, Morso and Jan Julian, the Concepcion castle ». Keep on going to the plaza Mayor and then walk down to the sea and pass by the « consistorial palace » the walk is gorgeous!

While you are in the region, you have to visit the city of VALENCE, located 2h15 from our office. The city is well known for its amazing architectural patrimony, and you can admire the Cathedral, the Basilica of the Virgin and the stock market (now used as a concert hall and art gallery). Then, go through the modern neighborhood and visit the Art and Sciences Museum.

Valence is the city of gardens: have a walk in the del Real garden, the silk market garden and the Turia garden. You also have to know that Valence is renowned for its gastronomy specialty: paella. So, no doubt on which course you should pick on the menu!

End your journey in Costa Blanca with ELCHE, a charming city known for its palm grove. The must see of Elche? Its exotic garden located in the middle of the town.

Have a little detour through La Zenia Boulevard, an amazing open-air shopping center, located 10 minutes only from our office.

Obviously, we also recommend you to go on one of the many beautiful beaches around our offices: there are the nicest of the region! (eg La Zenia, Playa Flamenca, Punta Prima, Cabo Roig, Dehesa de Campoamor, Torre de la Horadada, Mil palmeras,...) 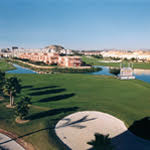 In a golfing point of view, you’ll find a tremendous amount of choice, sea sided or inside the lands, the courses are usually built with modern facilities and are often created by prestigious designers. Among the best golfs of the region, we can mention La Finca, Las Ramblas, and the golf of Villamartin, located in Orihuela.

We already wish you a very nice journey in Costa Blanca !

During your trip to the Costa del Sol, we suggest you visit some cities near our office in La Duquesa.

First, you can go to GRENADE, located only 220 kilometers from La Duquesa (approx. 2h15 by car). There are many great things to see in this city, situated at the foot of Sierra Nevada, such as l’Alhambra a fortified town located on the Sabika Hill. A little piece of advice: book your tickets in advance because only a few tourists without tickets can access the place. This city will enchant you thanks to its charming alleys and its churches, each one more spectacular than the other.

Then, SEVILLE, also a must-see of the Costa del Sol, thanks both to its buildings – such as its University, formerly tobacco factory, or its Cathedral, inscribed on the UNESCO World Heritage list – and to its squares such as the Spain square. Do not forget to visit the Art and Popular Traditions Museum, and the Archeology Museum: they are both masterpieces! At the covered market named Triana market, you will find numerous small stalls selling fresh fruits, clothes …

The city is at the same distance from La Duquesa than Grenade, approx. 210 kilometers.

You should also see the city of castles named RONDA. Located one hour only from La Duquesa, it is characterized by its separation in two parts (ancient and modern), due to a huge and stunning ravin. The town has many treasures, such as its arenas which are among the oldest in the country! They are used every early September for the traditional Feria Goyesca. The ancient Arabic baths, extremely well preserved over the centuries, will leave you speechless. You also have to see the Santa Maria la Mayor church, the Marquis de Salvatierra Palace, and, for a romantic walk in the old town, the palace and gardens of the moi Moro.

If you are a water sport fan (such as surf or windsurf), you should take the time to go to TARIFA. The city is also a starting point to cross the ocean and escape for a day in Morocco. Tarifa is linked to Africa, especially to the city of Tanger, through a Ferry service. You will go to another continent for the approximate price of 40 euros per crossing.

You will soon realize that the Costa del Sol is full of golf courses (hence the nickname “Costa del Golf”). The region has about 70 golf courses of first class. For your information, the price range of green fees are 40 to 80 euros per day in most of the golfs.

To end nicely your journey, go to MALAGA, at one hour only from La Duquesa (+/- 100 kilometers). Its architecture (Cathedral, museums, …), its food, its cultural events such as its jazz festival in November, its concerts and theater shows with the Philharmonic Orchestra of Malaga, … The town certainly worth the detour.

Do not miss the Picasso Museum, entirely dedicated to the artist Pablo Picasso, born in the city in 1881.

You won’t be disappointed by the Costa del Sol: have a nice holiday!